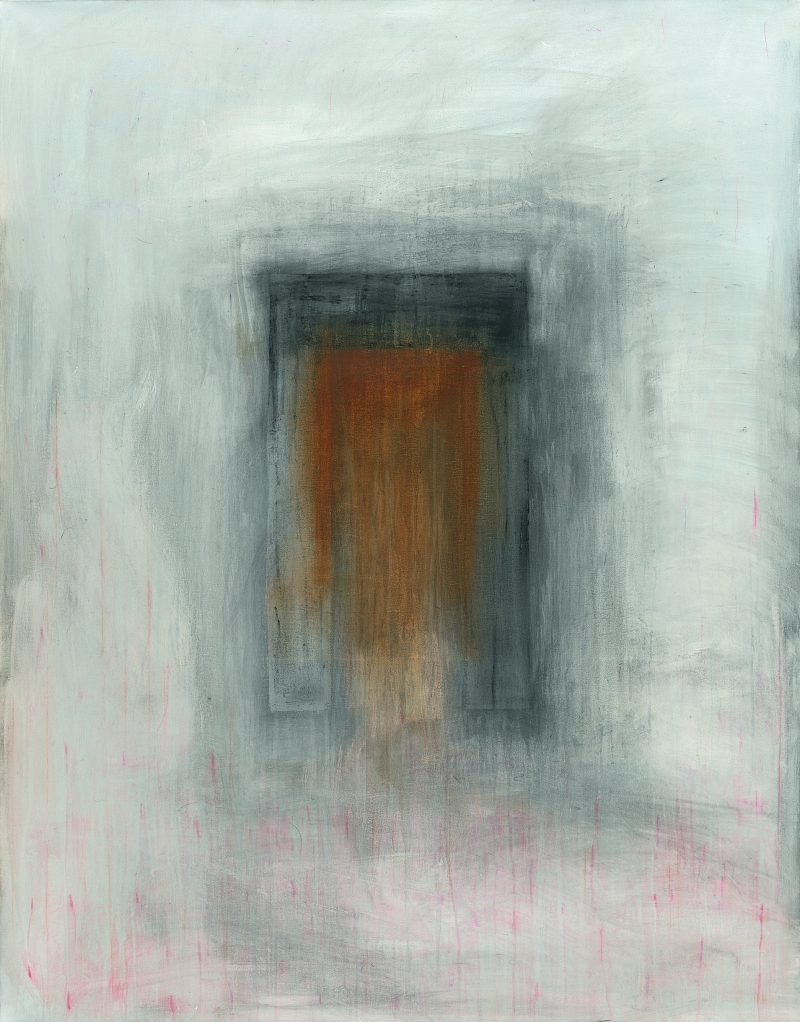 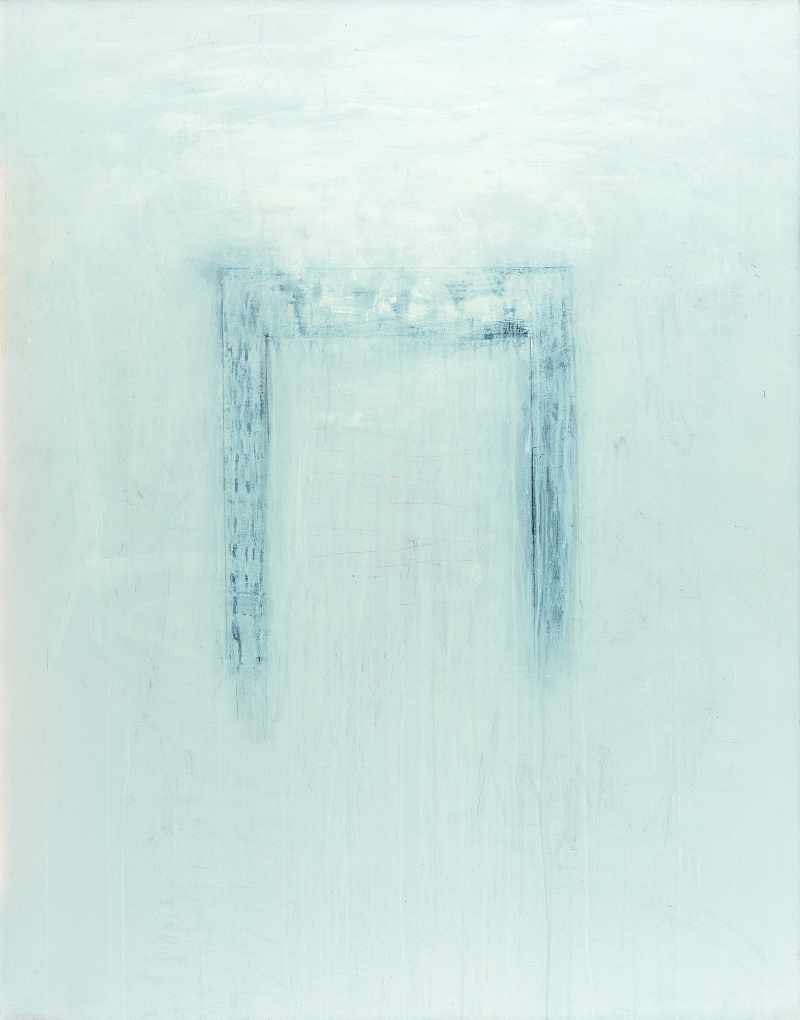 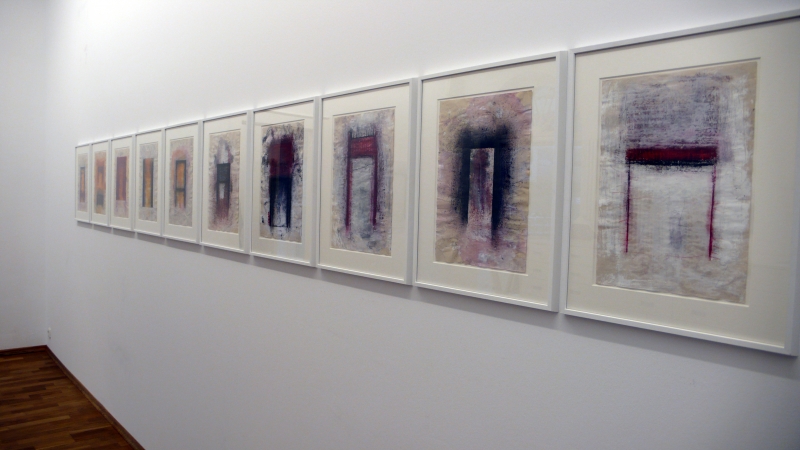 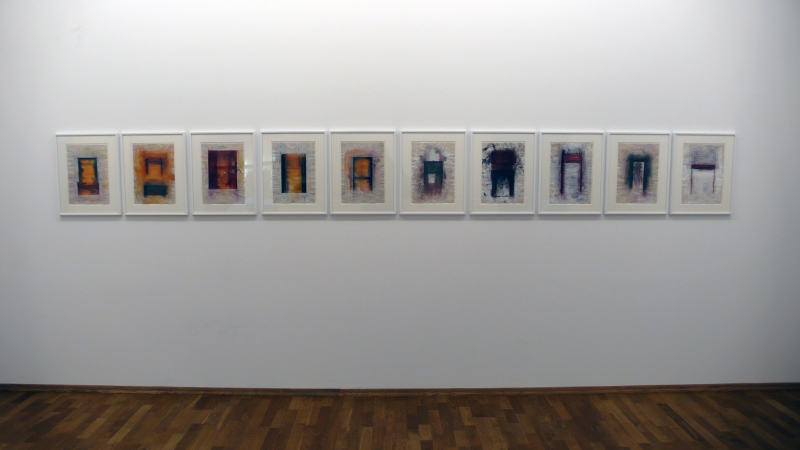 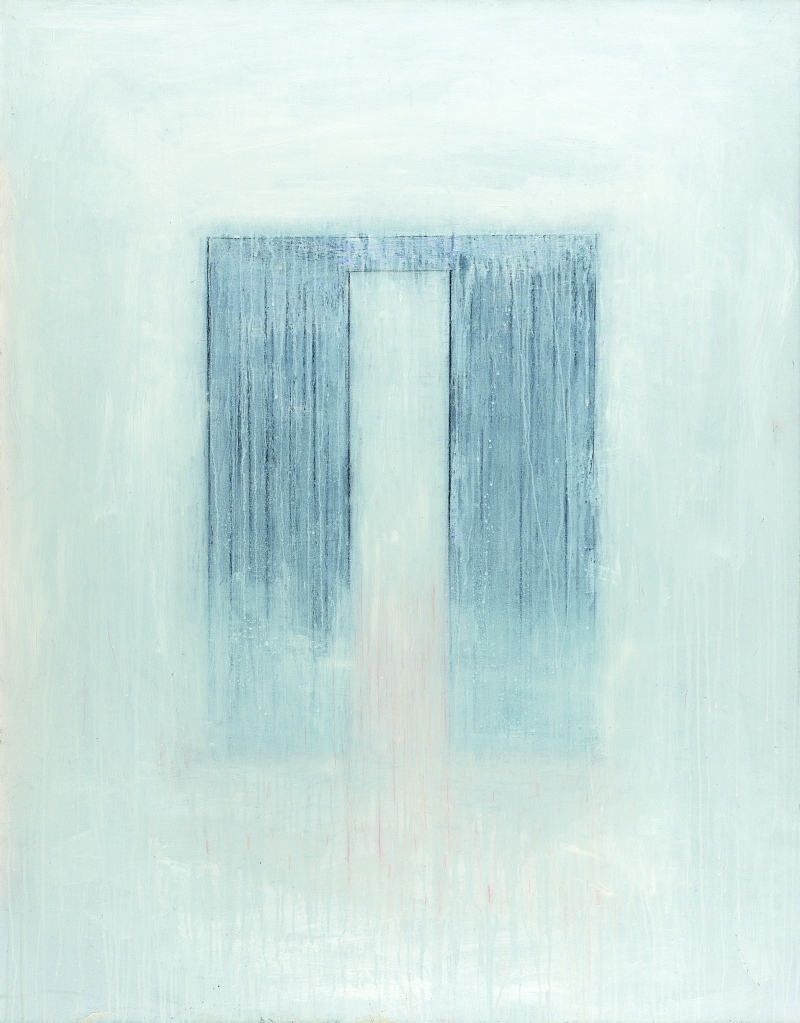 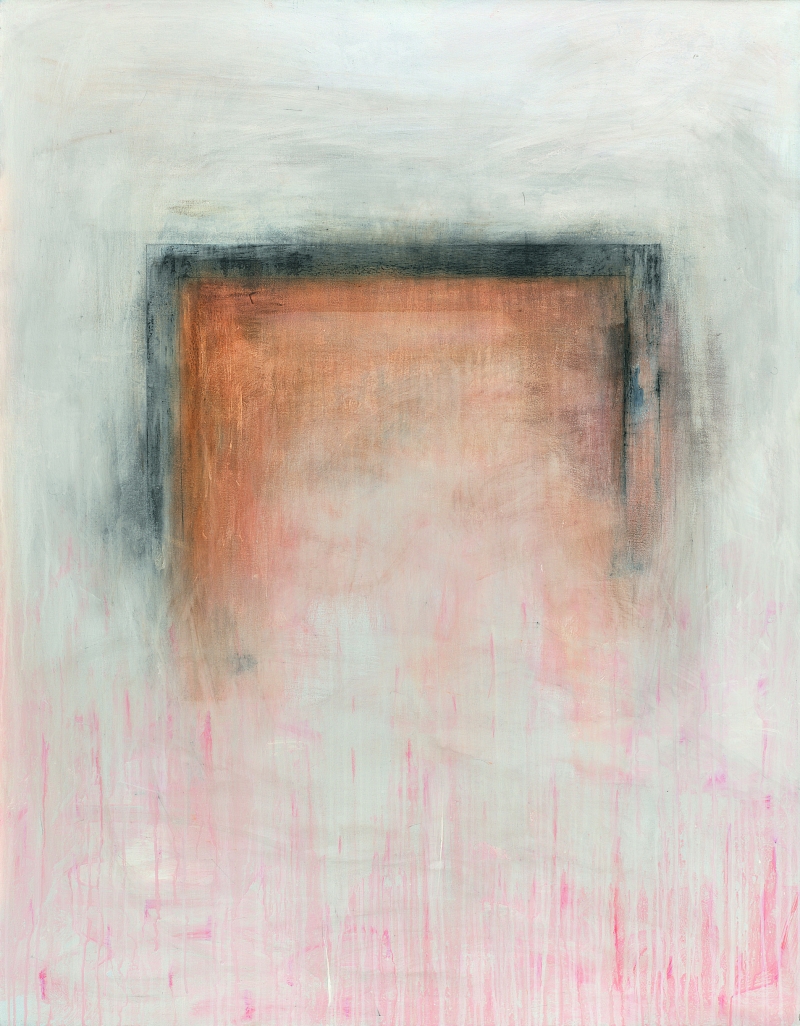 After arriving in China through the Red Gate Gallery residency program, Marbod Fritsch continued to move his art forward – by looking back. Fritsch arrived in China to be in a country where he knew few people and did not speak the language. He was reluctant to further this sense of ‘displacement’ with the added challenge of creating a totally new body of work.  Instead, though he decided to revisit concepts from about a decade ago, he explored them in a new way. He noticed the indiscriminate copying that is prevalent in China. It inspired him to “copy” his own work by having digital images of these wood and ballpoint pen works printed onto large canvases. He then painted into the printed work, further transforming the original. He elected to work on canvas because many painters in China take it as their primary medium. Conceptually, the series of small canvases using geometric, gate-like structures centered in neutral fields echoed previous works and provided the ‘stability factor’. The gate motifs invoked the universal nature of the principles of mathematics, especially the Golden Rule. Every culture has developed mathematics, giving geometry and mathematics a special power to transcend linguistic boundaries. The motif of the gate was employed in the themes of open and closed spaces – Fritsch explored the ways in which these portals can open a space or restrict access to it. In his past work these motifs have meant, as he put it, to “open space on flat surfaces.”

These themes took on a personal dimension in China, when, during the first few weeks of his residency, Fritsch’s father passed away. This led to a series of five, as yet, unfinished canvases in which previously starkly-defined gates are now veiled under atmospheric washes of white paint, blending in with the surrounding ground, such that they are almost indiscernible as forms. For him, this signifies the emptiness of death and the fading away of life. These works gave Fritsch a moment to reflect on his father’s life, but these paintings also gave him the impetus for a new body of work, which looks toward the future of his art.